Since years I like to draw my birthday and christmas cards myself. At school, because the teacher told us so, and now, because I like to make it an individual gift. So I decided to put few examples here. 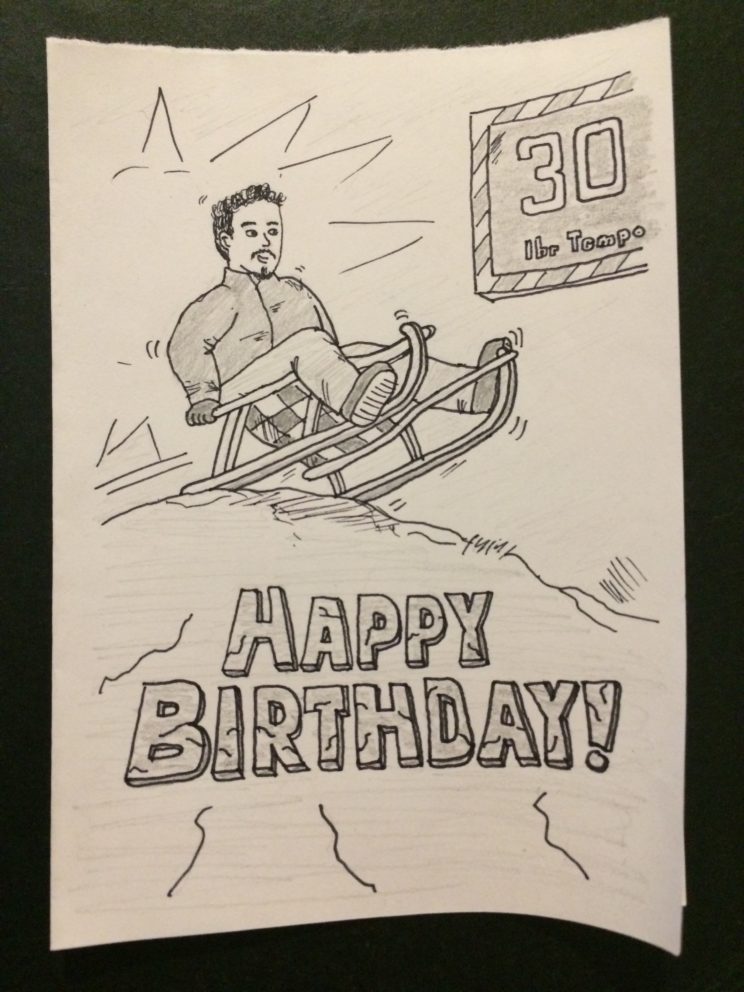 When we bought a sleigh for a friend’s 30th birthday, I put the number in a speed limit sign, while the sleigh is jumping over an edge of a rock, and beneath it says “Happy Birthday”.

This card started with the thought of various typography, the gift for the same friend two years before, which was himself as a cardboard figure and the band Tenacious D.

Based on one of the greatest Gangsta Rappers, a music video and an online picture I created this one for a friend at work. 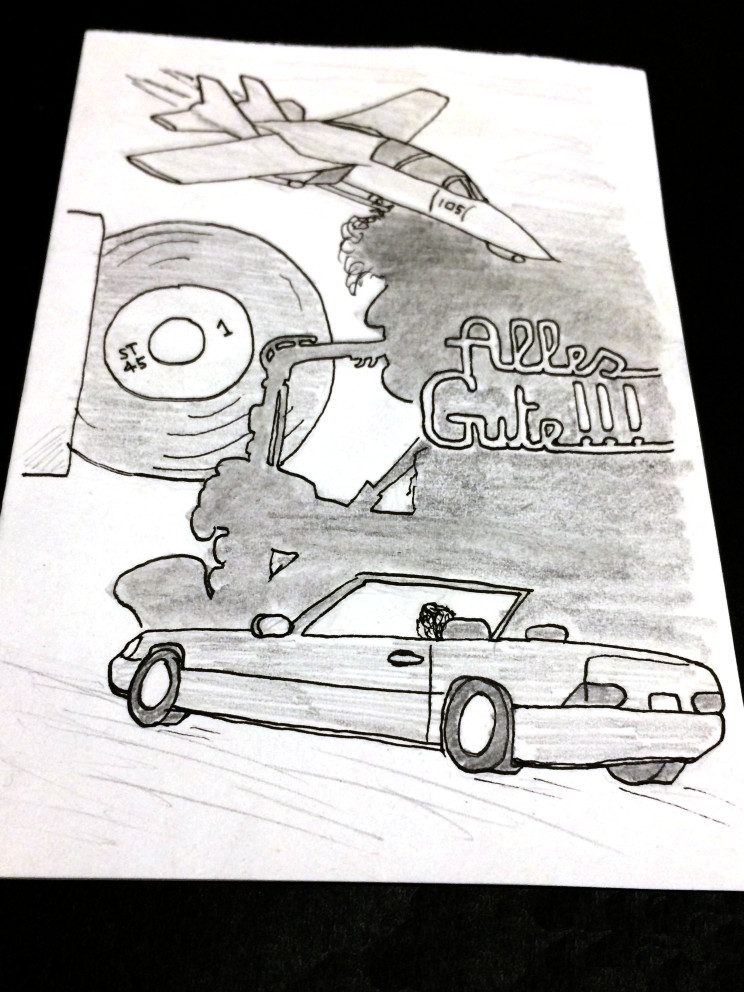 For the 30th birthday of a friend, I had the pleasure to send her a little surprise in a special month. I decided to buy three vinyl singles, “Take My Breath Away“, “Baker Street” and “My First, My Last, My Everything“, which I tried to sum up in one picture.

For her second birthday of a friend’s daughter, we bought the Lego Duplo set “Santa’s Winter Holidy“, including a reindeer, a squirrel and a teddy bear. I didn’t put any colour so she could colour it herself. 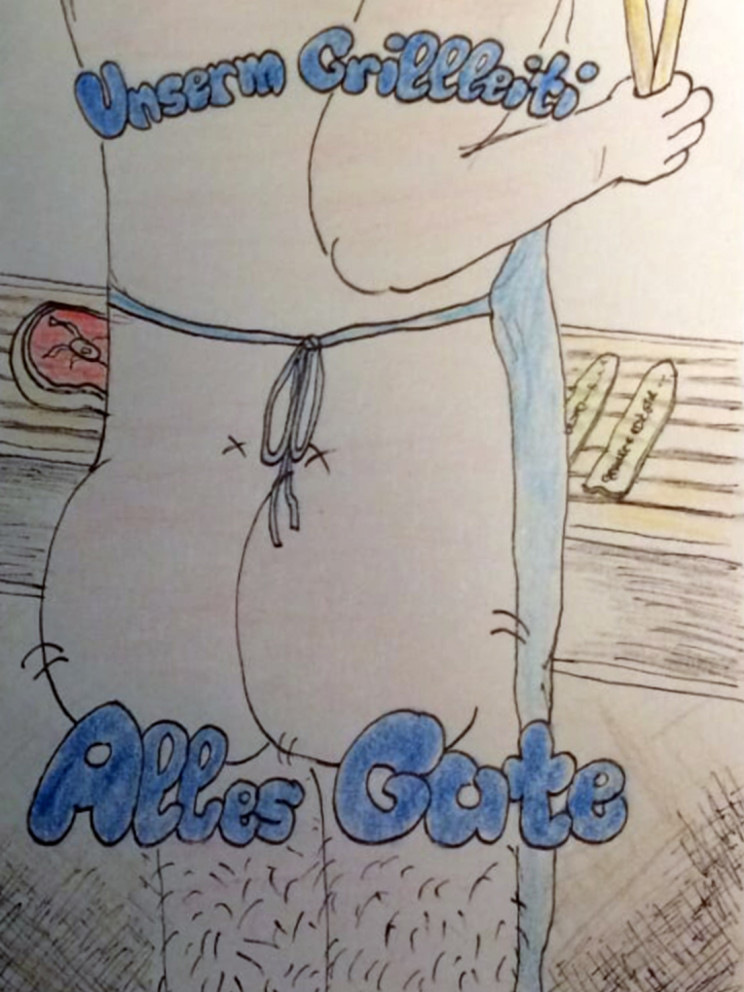 For a friend at work, we bought a BBQ grill, so i quickly made this card for him. 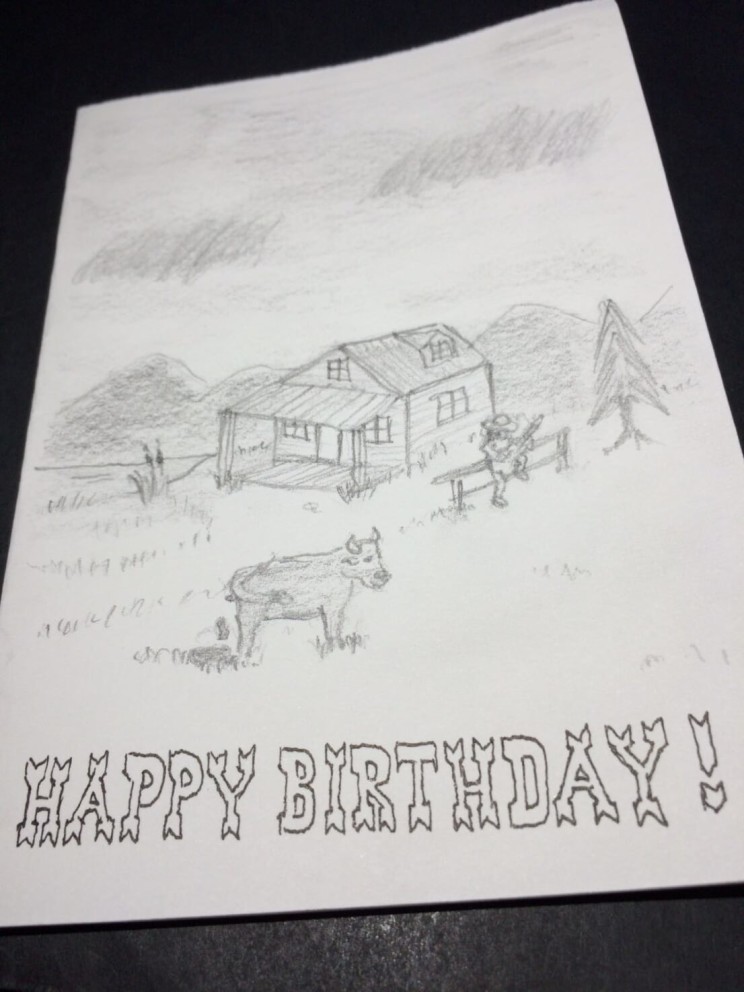 This one was for a friend who loves vinlys, so we bought him a Jack White-set including records from all projects, The White Stripes, The Raconteurs, The Dead Weather and him solo. The picture is inspired by a scene from “It Might Get Loud“.